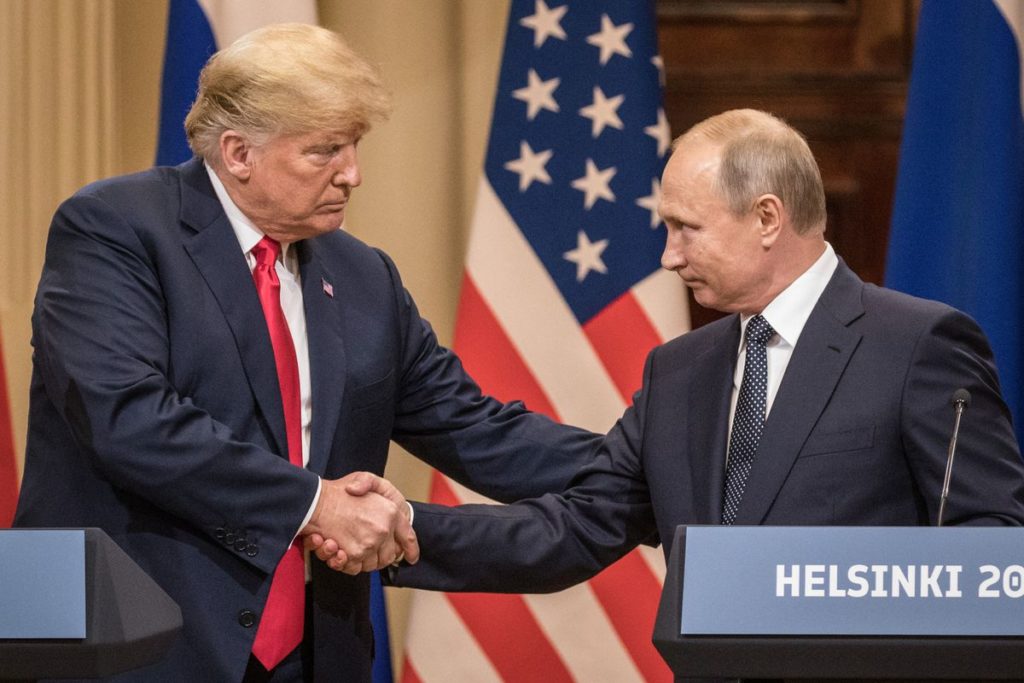 Donald Trump is widely known for his book The art of the deal. However today I want to break down his real life application of another book, The art of war! This book was written by an ancient Chinese general called Sun Tzu. It was originally written around 500BC on vertical Bamboo strips which were stitched together. For over 1000 years these teachings were only available to emperors and authorised scholars. In this article we’ll look at Donald Trump and where his actions have followed Sun Tzus teaching and where they have fallen short.

It’s like playing a game of poker. You don’t allow your competition to know what cards you have. You keep your enemy on their toes so they don’t know how you will react. Before Trump met with Kim Jong Un he reacted to Kim’s threat of nuclear bombing the US by saying he too was willing to Nuke North Korea. He did this because he knew Kim Jong Un’s game. Kim was allowed to disrespect the US in the past without any retaliation because of previous weak administrations not wanting to engage for fear of actual war.

Any way as it happened Trump showed Kim he was not going to take any shit from Kim by retaliating immediately with a response. He did it by letting Kim know he’s willing to wipe his country off the map if they even attempt an attack. I would argue this conflict showed strength and Trump had gained Kim Jong Un’s respect. This in turn led to Kim agreeing to stop manufacturing and testing nuclear weapons. It was a historical moment considering that North Korea had seen the US as its enemy for decades.

How does this relate to The quote “All warfare is based on deception”? you ask. Well bluffing is all about deception and that’s what North Korea have been doing for decades. North Korea is not going to nuke the US. They would be destroyed if they even tried and Donald Trump was the only leader that was willing to point that out.

What went down from what I saw was a “shit test” from both parties involved. For those of you who don’t know what this is, it’s when someone tries to provoke a response from you to check how much shit you are willing to take. And therefore how far they can push their luck before getting any retaliation. In any situation when you are first introduced to a group people always initiate shit tests with you usually starting off very subtly and getting more and more aggressive moving forward, they are trying to figure out how mentally tough you are.

2. “Know your enemy and know yourself and in 100 battles you will never be in peril”. Sun Tzu – The Art of War

What Sun Tzu was saying is one should be able to identify their enemies and their capabilities as well as their own capabilities.

From what I have seen from Donald Trump he has shown strength in following this rule as far being able to identify his enemies and how he should react to them relating to the situation he is in. For example he knows the mainstream media will never be on his side. So instead of trying to appease them he declares war on them calling these organisations “Fake News”.

This maybe bad from a precedent standpoint as the news organisations are their for checks and balances on the government. However Donald Trump as well as his supporters understand how he is unfairly attacked by the media and and this just pushes people closer to him. Because of this he is able to call out specific reporters and news organisations for their bias reporting.

He also treats every person differently based on their own merits. Donald Trump knows how much power he has and how much power other leaders hold that he interacts with. When meeting with strong leaders that hold dictatorial like powers like Xi Jinping and Vladimir Putin he treats them with respect. He is dealing with someone who is his equal. Of course it helps that these leaders are major countries that rival the US in terms of military power. Now compare this to how he treats other world leaders and there is a stark contrast. He even goes as far to pulling on their arms when shaking hands to show his dominance.

3. “Throw your soldiers into positions whence there is no escape, and they will prefer death to flight. If they will face death, there is nothing they may not achieve. Officers and men alike will put forth their uttermost strength.” Sun Tzu – The Art of War

This is called desperate ground also called death ground. This tactic can also be used on ones self to motivate you to fight stronger and focus your energy. By getting into these conflicts his lack of fear is that of a warrior on death ground.

Many people have pointed this out before but Trumps worst fear seems to be public humiliation. His previous bankruptcies made him much more motivated to get back up and prove everyone that criticised him wrong. Then there’s also the roasting Barack Obama gave him at the white house correspondence dinner. Little did Obama know in a few years time Trump would be taking over his job. Bill Burr the comedian has a great commentary about this on the Conan O’brian show, I recommend you check that out here. But the point is by risking humiliation Trump puts himself on desperate ground and therefore makes himself work relentlessly to achieve his goals.

It reminds me of a quote from Niccolo Machiavelli in The Prince, “Men ought either to be indulged or utterly destroyed, for if you merely offend them they take vengeance, but if you injure them greatly they are unable to retaliate, so that the injury done to a man ought to be such that vengeance cannot be feared.”

4.  “The Moral Law causes the people to be in complete accord with their ruler, so that they will follow him regardless of their lives, undismayed by any danger.” Sun Tzu – The Art of War

The moral law. What are you fighting for? Nobody is the bad guy in their own story, even when people do evil things they justify it to themselves by saying it’s for the greater good. Thanos from the Avengers Infinity War is the perfect example of this law. He commits a heinous act of eliminating half of all living things in the universe. Yet he justifies it to himself because in his mind it’s to prevent suffering from lack of resources. In his opinion the universe needs someone with an iron will to do what needs to be done and prevent the suffering over population brings. In his view he is the good guy.

Donald Trump has used the moral law by demonising the immigrants coming from Mexico into the US. By doing this he gives his supporters an enemy who’s intention is to destroy American society. According to Trump they do this by bringing drugs into the US and commit crimes against the good people of the USA. Therefore by building the wall to protect the innocent people in the US Donald Trump has the moral high ground. With moral law you don’t actually have to have the moral high ground only have people believe you do. Perception is reality after all.

5. “Do not repeat the tactics which have gained you one victory, but let your methods be regulated by the infinite variety of circumstances.”

This is a mistake I see Donald Trump making often, his natural instincts are to go to war whenever anyone attacks him. How this usually works is Trump will go to war with them and the other side will eventually give in. This happens because either they haven’t got the resolve to see it through or they run out of resources. But as Sun Tzu says “To fight and conquer in all your battles is not supreme excellence; supreme excellence consists in breaking the enemy’s resistance without fighting.”

As of writing this the US government is in a partial state of shutdown. Donald Trump wont agree to fund the government until he gets over $5 billion for the Mexico border wall. Now Donald Trump seems to have backed himself into a wall here as he can’t back down as he would look weak. But the longer the shutdown goes ahead the worse he looks. Trumps fear of being seen as a failure is a weakness. Sun Tzu warns of this when he writes:

“There are five dangerous faults which may affect a general:

UPDATE: Donald Trump has since ended the government shutdown and tried to get funding for the border wall by declaring a national emergency.

In Donald Trumps case his delicacy of honour and sensitivity to shame won’t allow him to back down. Which is a shame as it could end up benefitting him hugely if he knew how to spin it.

How Donald Trump can get the wall!

The long game is how you get the wall built! Forcing a government shutdown will go a long way to convince his voting base that he is trying to fulfil his campaign promise. Whether he succeeds or not it will help Trump get re-elected in 2020.

If he wants to actually get the wall built he needs to heed another piece of advice from Sun Tzu, in The Art of War he says “The enlightened ruler lays his plans well ahead; the good general cultivates his resources.” This means winning over each senator one by one and calling in the favours when he next tries to get funding for the wall. Everybody wants something and by helping them get what they want they will need to help Donald Trump get what he wants when he calls in his favours.

This is a simple concept and it is called lobbying in politics. However when offering these senators help the price should be named in advance.This is so there’s no confusion when it comes time for calling in the favours.

This website uses cookies to improve your experience while you navigate through the website. Out of these, the cookies that are categorized as necessary are stored on your browser as they are essential for the working of basic functionalities of the website. We also use third-party cookies that help us analyze and understand how you use this website. These cookies will be stored in your browser only with your consent. You also have the option to opt-out of these cookies. But opting out of some of these cookies may affect your browsing experience.
Necessary Always Enabled
Necessary cookies are absolutely essential for the website to function properly. This category only includes cookies that ensures basic functionalities and security features of the website. These cookies do not store any personal information.
SAVE & ACCEPT